As Tesla leads the future of electric cars, Belgium-based Independent Tesla dealer Nikola Brussels is leading the future of payments with the Utrust platform — accepting payments in a variety of digital currencies.

If you see a Tesla in Europe, it may just be from Nikola Brussels. An independent Tesla dealer in Londerzeel, Belgium, Nikola is a major supplier of Tesla vehicles across Europe. According to company history, the dealer ordered their first 4 Teslas in 2014 before growing to become the reigning Tesla Motor specialists they are today.

The venture started out as a hobby, before forming the beginnings of an empire as demand grew exponentially: “As we bought those great cars for our own, we were continuously being approached by our friends, colleagues, customers and neighbors. We automatically became ambassadors and eventually sellers of these amazing cars,” company history denotes.

Nikola Brussels now trades hundreds of Teslas across Europe. From Finland to Portugal, and from the UK to Romania, Nikola Brussels’ business is as borderless as their cryptocurrency payment options are with Utrust.

Both Tesla, and the crypto industry, are experiencing record growth

Tesla is arguably the most in-demand automaker currently. The automaker’s business is entering its most lucrative year yet, with Tesla sales growing at the incredible rate of 50% per year — a growth that’s almost as incredible as that of cryptocurrency.

In fact, the vehicle manufacturer recently released their 2021 Q1 report with remarkable results. Tesla has not only beat it’s long-standing Q1 record this year, but deliveries of the popular vehicles are now up 110% year-over-year and quarter-over-quarter.

To be a futuristic business, you must operate with a futuristic vision. That is exactly what Nikola does. As the dealer supplies European countries with Teslas, they needed a payment solution that was fast, simple and catered to a growing demographic of digital currency users.

The traditional payment process leaves much to be desired, as normal bank transfers or electronic options can take anywhere from days to weeks to be processed.

Why Utrust? As Bruce Lanhove, CEO and Co-founder of Nikola Brussels, says: “Utrust IS the Tesla of crypto payment apps.” Now, the dealer seeks to continue with the same kind of forward-thinking innovation the founder of Tesla, Elon Musk, promotes inventor and electrical engineer, Nikola Tesla, had.

The digital currency market is composed mainly of young, tech-savvy, and relatively wealthy users, sharing an overlap with the electric vehicles market. The number of cryptocurrency users has recently reached 100 million people worldwide. This represents a 189% growth, and Utrust has played a part in this change.

With a stated mission of bringing digital currencies to the masses, Utrust has processed over 25 million USD in 2020, with the vast majority of that coming in the second semester.

The benefits Nikola Brussels will experience with Utrust are huge

By accepting digital currencies with Utrust, Nikola Brussels is allowing their customers to purchase vehicles and services in Bitcoin, Ethereum, Tether or UTK, among several other currencies.

In joining the Utrust Ecosystem, the company will experience a host of benefits:

But that’s not all Utrust offers:

We think it’s time to step into your dream Tesla.

If you’re a merchant and you want in on the money of the future too, we can help you. 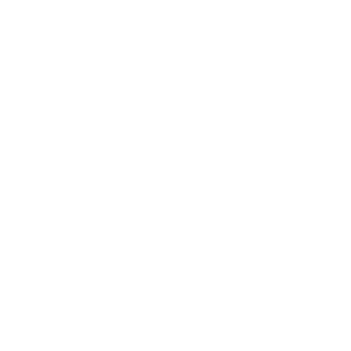